Conjunction Junction, what is you are function?

I’ve made a personal decision not to blog about work.

I’ll make one exception. I saw this in an English textbook at one of the schools where I teach:

Combine this with the lack of apostrophes in Chinese, I can already hear the future spoken (and email) conversations my students will have with foreigners:

“That’s my mother and sister, you a-hole.” 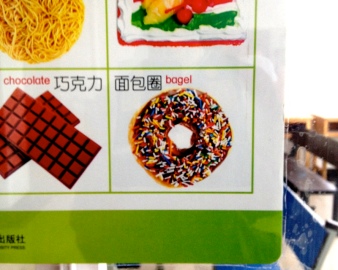 Of course it’s helpful to remember that not all misunderstandings are caused by language barriers.

The other day I was speaking to a German engineer who was fluent in English. He’d been working in Sizhou for the past five months.

Embarrassed to admit to admit how little of the language I’d learned in my time in the Middle Kingdom, I first asked the engineer if, in the five months he’d been in Sizhou, he’d been able to pick up any Chinese.

It took longer than it should have to discover we were having two different conversations. (“Which two words had he picked up?” I wondered. And “What does this idiot not understand?” he must have wondered.)

Until I clarified: “I meant the language.” 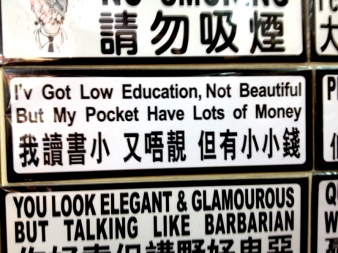