Sinologist Arthur Waley called the Legalists “Realists”—not to be confused with 19th century European art—because they were pragmatic. Like the Mohists, they rejected the ancestral rites and traditions that filled the royal and local calendars but didn’t strengthen the state. Even music was a distraction that took men away from the fields.

Legalism called for clear, uniform rewards and punishments, with a strong tilt toward the latter. Think of it as the opposite of today’s self-esteem parenting. To paraphrase Legalist Han Fei:

(Try that with your kid and see what happens!) 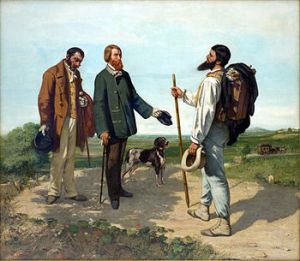 As Duke Xiao’s advisor, the first thing Shang Yang had to do was instill in the people the very idea of rule of law. So he placed a wooden pole at the south gate and announced that anyone who took the pole to the north gate would receive ten liang of gold. No one believed it. Why such a large reward for something so simple? So Shang Yang upped it to 50. A man took the pole to the north gate and Shang Yang gave him his gold. The people listened to Shang Yang’s announcements from then on.

Next Shang Yang had the new laws of the Qin inscribed on the cauldrons of the ancestral temple for all the world to see.

Confucianists were incensed. They believed the law wasn’t a blanket commandment for the general public but a guide for judges who took into consideration the accused’s position and character. Obedience that depended on punishment was superficial, they argued. For subjects should be obedient to their superior because of who he is, not merely for fear of getting caught.

Shang Yang took personality out of the picture. His laws, based on the ideas of Li Kui, were one-size-fits-all.

To reduce the power of the noble families, Shang Yang doubled the taxes on households with more than one adult male. This encouraged families to split up their holdings and further fractured the clans over generations. He granted exemptions from forced labor for those who produced excess food or wove extra silk and fabric.

He began the system of uniform measures, weights, and coinage that would, under Qin Shi Huang, span the entire empire, down to the width of roads.

In his second wave of reforms, Shang Yang abolished automatic inheritance. Citizens would receive wealth and titles for heroic wartime service, and land by producing a bumper crop.

And if you didn’t like it, keep your mouth shut. Discussion of the law was forbidden. Even positive things. You could be exiled just for praising a law. 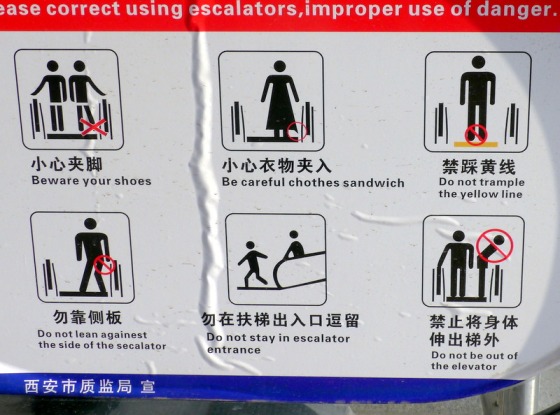 Things not to do on a Xi’an escalator

As could be expected, Shang Yang made a lot of enemies. Powerful enemies. Punishments were meted out to nobles as to peasants. As Han Fei analogized: A craftsman’s straight edge doesn’t bend for knots in the wood. So, too, the law doesn’t bend for nobles or VIPs.

When the duke’s own son broke the law, Shang Yang wanted to show that no one, not even the crown prince, was above the law. Shang Yang brutally punished the prince’s favorite mentors for ostensibly leading him astray. It sent a clear message to the nobles: If the ruler’s son could get it, nobles be damned.

But it also made a life-long enemy of the prince…

The crown prince never forgot about his mutilated mentors. And thanks to Shang Yang’s Draconian machine, when Duke Xiao died in 338 BC, the prince became the all-powerful ruler of Qin.

The new ruler immediately had Shang Yang brought up for treason. Shang Yang tried to escape, but he couldn’t find a room anywhere, thanks to a rule he had instituted. If anyone gave shelter to a criminal, they were as guilty as the perpetrator. When he tried to check in without a proper ID, the innkeeper refused, citing Shang Yang’s own law.

In the end, Shang Yang’s suffered his own most vicious punishment. Shang Yang was tied to four horses and torn to pieces, after which his whole extended family was executed.

Still, Shang Yang had the last laugh. His bloodline may have died out but the authoritarian system he implemented remained the guiding principle of the Qin, and eventually of all China.

As a later ruler wrote:

“Shang Yang’s laws were good laws.  If you look today at the four thousand-odd years for which our country’s history has been recorded, and the great political leaders who have pursued the welfare of the country and the happiness of the people, is not Shang Yang one of the very first on the list?”