Following the flight, Benny, Olga, and I took a two-hour bus ride to the small town outside Jiuzhaighou National Park and enjoyed Passover dinner with a newly-made Chinese friend at a random restaurant. The importance of a good Passover dinner has subsided in my life, but for Benny and Olga—and other travelers I’d met from Israel—missing the sedar was not an option. It’s like Thanksgiving, and if you can’t celebrate it with family or old friends, you better well celebrate it with new friends. 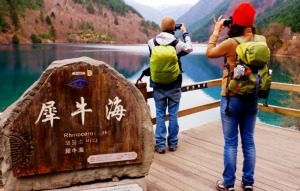 Jiuzhaighou may not have had a thriving Jewish population, but its three Jewish inhabitants (me, Benny, and Olga) did the best we could under the circumstances. Not all traditional Passover staples made it to our table; however, the most important element made an appearance in the form of Chinese red wine. 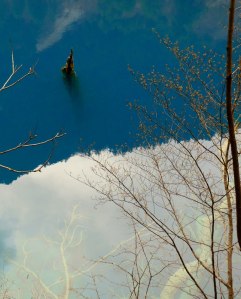 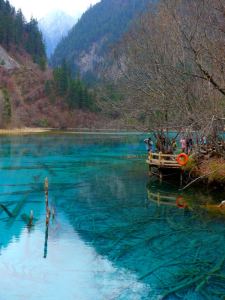 The next day we headed bright and early into the park. I’m glad we started early. I hadn’t believed Benny and Olga when they told me that the fee for the park—twice as much as we’d paid anywhere in China (including the mandatory shuttle ticket)—was only valid for one day. Meaning if you didn’t see it all in one day, you had to shell out the same $50 the next. 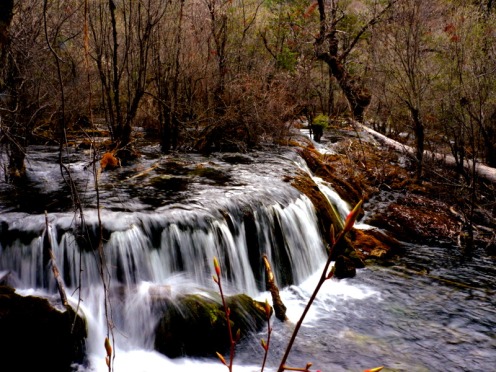 The entry fee was worth it. 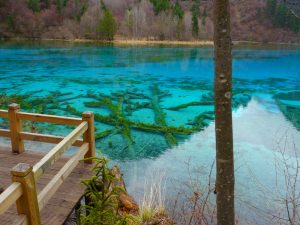 The best purchase of the day though was the $1 poncho at the convenience store around the corner from our hotel. It was raining in the morning. By the time the shuttle reached the top of the mountain, the park was covered in a sheet of fresh snow. 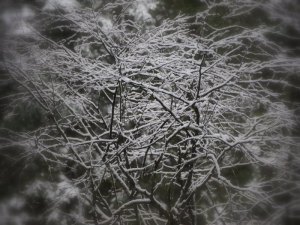 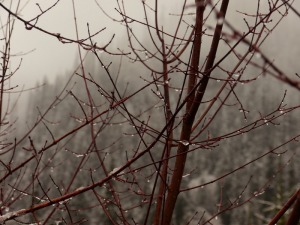 There’s not much to say about Jiuzhaighou, except that it was breathtakingly beautiful and weather resistant. That’s one of the reasons I chose Jiuzhaighou for my big indulgent side trip over Lugu Lake. The blue of the waters of Jiuzhaighou doesn’t depend on sunny skies, which can be a rarity in early April. Instead, the rich turquoise of the water comes from the mineral deposits in the sediment at the bottom of the lakes. 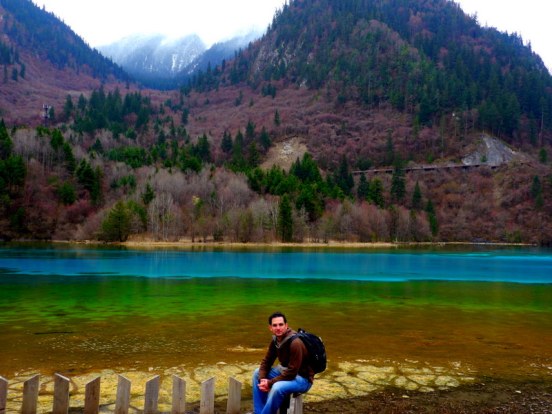 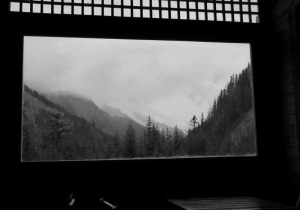 The original plan was to travel clockwise around China, visiting Xian, Beijing, and who knows what else on the way back to Shanghai. But the trip around the bottom half of the country went longer than expected. I had to get back to Shanghai and exit the country before my visa expired, leaving me one quick stop in a town called Songpan…